All houses wherein men have lived and died  Are haunted houses.  Through the open doorsThe harmless phantoms on their errands glide,  With feet that make no sound upon the floors. We meet them at the doorway, on the stair,  Along the passages they come and go,Impalpable impressions on the air,  A sense of something moving to and fro. There are more guests at table, than the hosts  Invited; the illuminated hallIs thronged with quiet, inoffensive ghosts,  As silent as the pictures on the wall. The stranger at my fireside cannot see  The forms I see, nor hear the sounds I hear;He but perceives what is; while unto me  All that has been is visible and clear. We have no title-deeds to house or lands;  Owners and occupants of earlier datesFrom graves forgotten stretch their dusty hands,  And hold in mortmain still their old estates. The spirit-world around this world of sense  Floats like an atmosphere, and everywhereWafts through these earthly mists and vapors dense  A vital breath of more ethereal air. Our little lives are kept in equipoise  By opposite attractions and desires;The struggle of the instinct that enjoys,  And the more noble instinct that aspires. These perturbations, this perpetual jar  Of earthly wants and aspirations high,Come from the influence of an unseen star,  An undiscovered planet in our sky. And as the moon from some dark gate of cloud  Throws o'er the sea a floating bridge of light,Across whose trembling planks our fancies crowd  Into the realm of mystery and night,-- So from the world of spirits there descends  A bridge of light, connecting it with this,O'er whose unsteady floor, that sways and bends,  Wander our thoughts above the dark abyss.
Posted by Haunted Isles at 15:14 No comments:

Ghosts on the site of the Battle of Hastings, Battle, East Sussex ~ October Hauntings 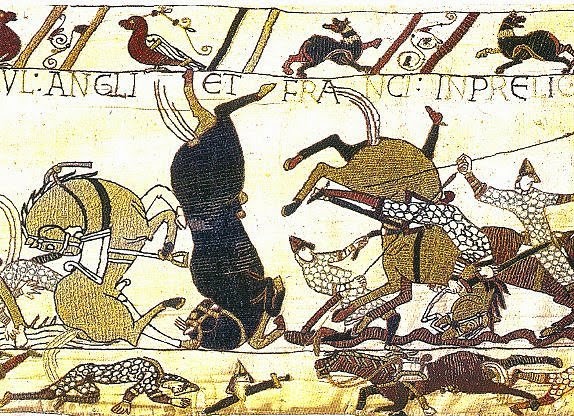 The battlefield itself still runs with blood, when it rains that is, and although a spooky event for the site of one of the most famous battles in English history it's due to the iron oxide in the soil, not ghostly blood.

But there are many ghost stories attached to the site: ghostly monks, a white lady, a tall man with an eye patch, a hanged man, loud bangs and not-surprisingly the sounds of battle.

Norman soldiers have been seen and William the Conqueror's minstrel, Talifer, still taunts the English as he rides across the battlefield singing.

But perhaps the most spectacular of the ghosts of Battle is Harold himself who appears on the anniversary of the Battle of Hastings, 14th October,with an arrow through the eye.
Posted by Haunted Isles at 14:05 No comments:

Conington Level Crossing is said to be the most haunted level crossing in Britain and has been called "The Crossing of Death" and with good cause.

In 1948 six German P.O.W.s were killed on the level crossing when the lorry they were travelling in was hit by an engine.

Later in the year, on 16th October 1948 Colonel Mellows and his black labrador dog were killed instantly when the black Chrysler car he was driving was hit on the level crossing by the 4pm London train.

The ghost of Colonel Mellows makes that final journey each 16th October.

Before the Conington Level crossing was automated railway signal men reported hearing a car and the gates opening but there wasn't anyone there. Locals are said to avoid the Conington level Crossing at night.

The Ghost of St Osyth - an October Haunting
Posted by Haunted Isles at 14:12 No comments:

The ghost of St Osyth - an October Haunting 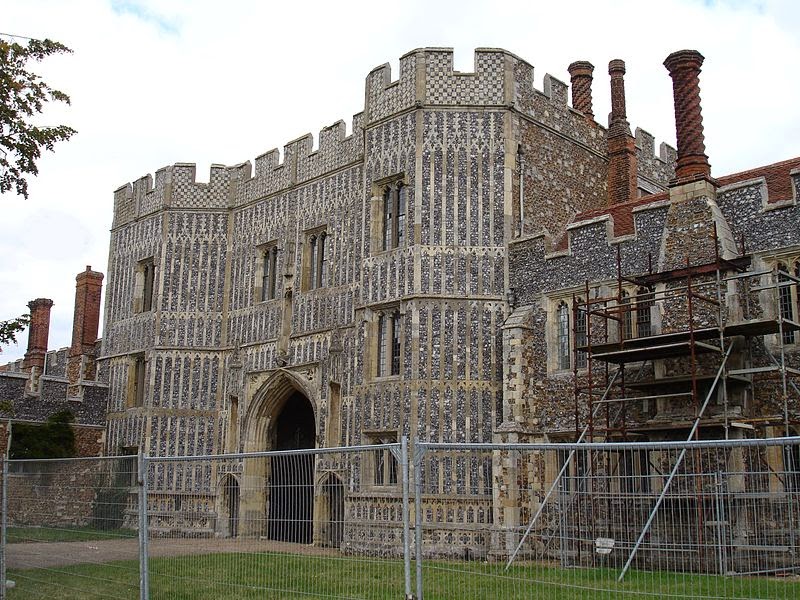 The ghost of St Osyth is said to walk at St Osyth priory and the churchyard of St Peter & St Paul on the anniversary of her death 7th October.

The English Saint Osyth, also known as Osgyth, Sythe, Othith or Ositha wife of Sighere, King of Essex founded a convent on the site of the Priory in St Osyth near Clacton, Essex (St Osyth the town went by the name of Chich in those days). She was killed by the Danes in October 653AD after refusing to renounce Christianity and worship their gods.

Legend tells that St Osyth picked up her head after her execution and walked to the church of St Peter & St Paul and knocked on the door before finally falling down dead.

The Ghost of Jack the Ripper 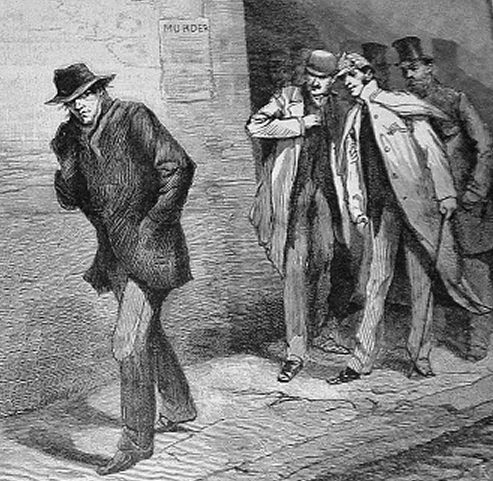 Does the ghost of Jack the Ripper walk through the Whitechapel district of London?

According to an article written by freelance writer journalist Andy Ellis published  in  the 2005 Bounty Books "True Ghost Stories of the British Isles" Jack the Ripper might have been seen haunting the Miller's Court area.

Ellis reports that Joseph Ogrowski saw a male figure disappear through the hoardings of number 13 shortly before its' demolition. This happened on two separate occasions. Mr Ogrowski described the figure as wearing "some type of felt cap and a long brown coat" The collar was turned up and the figure was carrying a parcel. This description is very similar to that of a man seen with 5th Ripper victim Mary Kelley at around 11-45pm on the eve of her death.

The figure has not be seen since the demolition took place.

Image: One of a series of images from the Illustrated London News for October 13, 1888 carrying the overall caption, "With the Vigilance Committee in the East End". This specific image is entitled "A Suspicious Character". Found via commons wikimedia

Catherine Eddowes
Posted by Haunted Isles at 16:08 No comments: 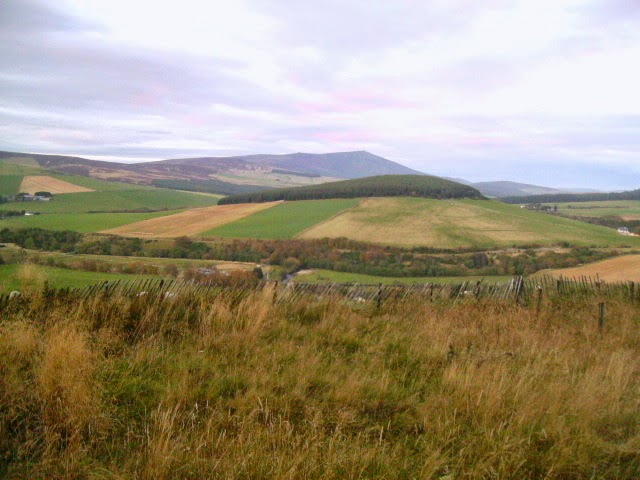 The Battle of Glenlivet on 3rd October 1594 between Scottish Presbyterians and Catholics was part of a campaign to rid Scotland of the Catholic faith. It was the first battle in the Scottish Highlands where artillery played a part in the action and the last battle where the harp has carried into action.

Alexander MacAllister was decapitated by the first shot of cannon. His headless ghost is said to be seen on the anniversary of his death, 3rd October, riding across the battle site.

The Glenlivet Estate has published a Battle of Glenlivet Path walk on their website for those interested in visiting, it can be found here

Image: © Copyright Ann Harrison and licensed for reuse under this Creative Commons Licence.

The Audlem Road Ghost
Posted by Haunted Isles at 15:29 No comments: