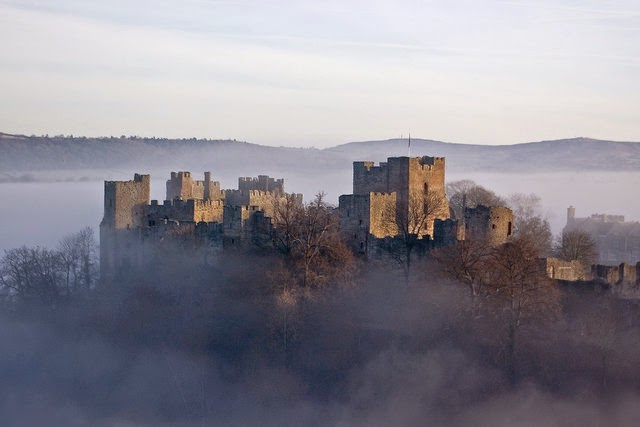 Set in the 12th century Marion de la Bruyere 's tale is one of illicit romance, betrayal and guilt.

Marion de La Bruyere lived in Ludlow Castle which at the time was held by Josce de Dinan who having aquired the castle and lands in Shopshire via King Stephen then rebelled against him. Marion was in love with Arnold de Lys who was not on the side of de Dinan.

There were many contenders for the castle,  King Stephen wanted it for the Earl of Leicester plus Hugh de Mortimer and Gilbert de Lacy were both trying to take Ludlow. Marion's lover de Lys was on the side of Gilbert de Lacy.

Castle security was of the utmost importance but even so Marion and Arnold found a way to meet. Marion would lower a rope from the castle for Arnold to climb for their secret assignations. But one night, knowing that Josce de Dinan was away from the castle, Arnold left the rope hanging allowing Gilbert de Lacy's men to breach the castle.

Realizing that Arnold had betrayed their love and believing herself to have been used by him, Marion killed Arnold with his own sword and then threw herself from the Pendover Tower to the rocks below.

The ghost of Marion de la Bruyere was once said to have walked beneath the tower from which she leapt but in more recent times all that is left of this tragic haunting is a sound of breathing and a sigh....

Image: © Copyright Ian Capper and licensed for reuse under this Creative Commons Licence.
Posted by Haunted Isles at 02:35